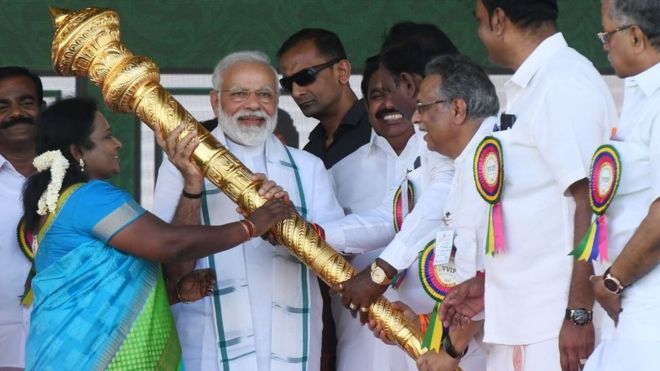 “The 2019 General Elections appear to have been one of the least free and fair elections that the country has had in the past three decades or so,” 64 former IAS, IFS, IPS and IRS officers said in an open letter to the Election Commission. The letter has been endorsed by 83 veterans and academics.
In total 145 retired civil service officers, military veterans and renowned academics have come together to question the “procrastination, silence and inaction” that characterised the Election Commission’s response to issues thrown up during the recent general election.
In a comprehensive exercise the letter painstakingly lists almost every doubt that had been cast on the election process over the past few months.
Among those named as signatories to the letter are former IAS officers Wajahat Habibullah, Harsh Mander, Aruna Roy, Jawhar Sircar, N.C. Saxena and Abhijit Sengupta and former IFS officers Deb Mukharji and Shiv Shankar Mukherjee.
Among those named as endorsers are Admiral L. Ramdas, Admiral Vishnu Bhagwat, Nivedita Menon, Probal Dasgupta, Paranjoy Guha Thakurta and Leela Samson.
The following edited excerpts list the key issues the letter seeks to raise:

The use of electronic voting machines (EVMs) for polling has been a subject of much controversy. Despite the ECI’s repeated statements that the EVMs used in India are tamper-proof, doubts on that score have persisted, particularly because the ECI has not been transparent in its responses to various reports. There were widespread reports of a mismatch in the number of EVMs manufactured by the two authorised PSUs and those in the inventory of the ECI. 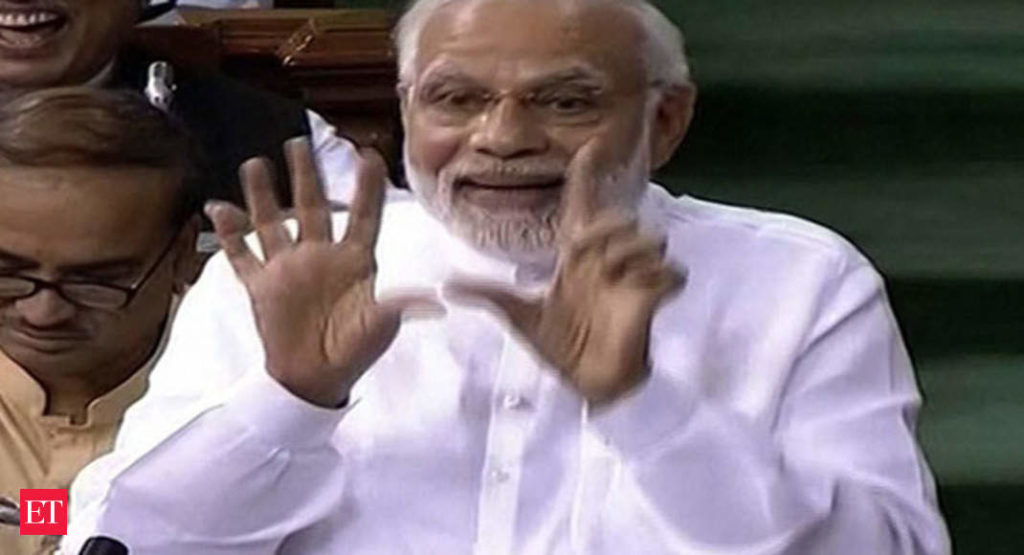 According to one media report, responses to an RTI query have revealed that as many as 20 lakh EVMs that the manufacturers affirm having delivered to the ECI were apparently not in the ECI’s possession. To queries about this huge discrepancy, the ECI’s response has been a bland denial, leaving no one any the wiser. Complete facts and figures need to be revealed for public scrutiny.

People’s confidence in the EVMs would have been greater if the ECI had been more cooperative about using the voter verifiable paper audit trail (VVPATs) in a manner that would confirm the results of the EVMs, but from the beginning, the ECI was extremely reluctant to match the number of votes recorded in EVMs with the votes in the VVPAT machines on any significant scale….

The ECI’s refusal to listen to, and accept, globally adopted statistical tools to determine the number of VVPATs that need to be counted to rule out any errors, or to lay down the steps that would have to be taken in case of a mismatch between the EVM and VVPAT counts, has left a cloud of confusion in the mind of the electorate.

Between the last day of polling and counting day, there were several reports of unexplained movement of EVMs to and from the strong rooms in various states. These movements have not been satisfactorily explained, and the ECI’s bland denial, without explaining exactly which EVMs were being transported, and why, does not inspire trust or confidence.
The request by a large number of parties to tally the EVM and VVPAT votes at the beginning of counting day was also turned down by the ECI without any specific reason. This was a simple request and would have satisfied many of the political parties.
In fact, at every stage the ECI has refused to accommodate any request that could bolster the confidence of the electorate that the elections were conducted freely and fairly. Matching of five VVPATs as mandated by the SC was relegated to the end of the counting process — so that few would remain to watch the outcome. The result of this exercise is not quite clear from the media reports.

Reports about mismatch are being explained away as being insignificant, since in almost all the cases, the victory margin (almost invariably of candidates put up by the BJP or its allies) is far greater than the discrepancy.

During the paper ballot days, discrepancies in counting used to be ignored if they were too small to make a difference to the final result.
But that logic does not apply to VVPAT-based audit of EVMs. Here, even a small discrepancy between the EVM count and the VVPAT in the chosen sample of EVMs, and a small discrepancy between the EVM count and the votes polled in a polling booth as reported by the presiding officer in Form 17C at the end of the polling day are very serious matters and are symptomatic of a greater malaise….
Accepting this argument is akin to an accountant saying that in a balance sheet of crores, an un-reconciled few hundred rupees do not matter, and the accounts should be accepted. When we are using electronic systems, even a discrepancy of one vote throws the entire election into doubt.

The bias of the Election Commission towards one particular party became evident from the date of announcement of the elections. The announcement was delayed till March 10. This led to the reasonable doubt that the ECI deliberately delayed the announcement to enable Prime Minister Narendra Modi to complete the inauguration blitz of a slew of projects (157 of them) that he had scheduled between February 8 and March 9.

It was the longest election in the country’s history, and gave room for suspicion that it had openly and unabashedly favoured the ruling party at the Centre.
There was no apparent rationale to the number of polling days fixed for different states. In states like Tamil Nadu (39 seats), Kerala (20), Andhra Pradesh (25) and Telangana (17) where the BJP is weak and had no likelihood of winning, the polling was held in a single phase. 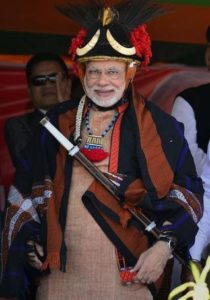 In states with comparable or fewer Lok Sabha constituencies, such as Karnataka (28), Madhya Pradesh (29), Rajasthan (25) and Odisha (21), where the BJP faced tough competition or was likely to gain ground, the polling was scheduled in multiple phases, possibly to give the Prime Minister more time for campaigning.

Several reports were published in the media of large-scale voter exclusion, with some reports suggesting that voters from certain minority groups were the most affected. While we do not believe that these charges were necessarily true, it was incumbent upon the ECI to investigate them and respond promptly. Many voters who had exercised their mandates in earlier elections found their names missing.

The blatant flouting of the model code of conduct by many candidates, in particular the making of hate speeches and communally loaded statements by candidates, primarily of the BJP, was initially blithely ignored by the ECI on the plea that it had no powers to take action.
Only when pulled up by the Supreme Court did the ECI suddenly discover its powers, even then exercising them selectively on the small fry and ignoring the more egregious cases of violation by the Prime Minister and the BJP party president.
Even the strongest action that it took, viz. the curtailing of the campaigning in the last phase in West Bengal, was done in a manner so that the PM’s campaign could be completed before the ban came into effect.
Its partisanship confirmed, the approach of the ECI further emboldened the Prime Minister, (BJP president) Amit Shah and other party representatives.

The Prime Minister’s blatant misuse of the Pulwama and Balakot issues to whip up nationalistic, or more correctly, jingoistic fervour and channel it in favour of the BJP was another shocking violation of the MCC (model code of conduct). 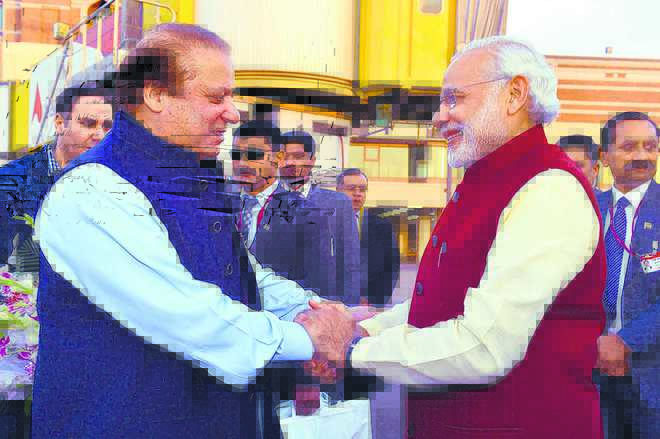 The Election Commission strangely did not even issue a showcause notice to the PM for these repeated violations though the incidents were reported by the state election commissioners and there was a divide within the ECI itself on whether or not there was a breach of the MCC. The ECI ignored the difference of opinion and merely dismissed the incidents.

The bias of the ECI was glaringly apparent in the case relating to Mohammed Mohsin, the IAS officer who was sent to Odisha as a special election observer. Mohsin was suspended for checking the PM’s helicopter for any non-permissible cargo.

A serious matter in which the ECI exonerated the government of wrongdoing was the misuse of official machinery. The Niti Aayog had officially written to the various Union territories and some districts in the country to provide local information about the area since the PM was likely to visit these places. This was done so that the information could be used in the Prime Minister’s election campaigns. Even though this was a blatant violation of the MCC, the EC merely dismissed the complaint.

The refusal of the ECI to take note of the many media violations — particularly by the ruling party — caused a great deal of concern to the public. The most blatant violation of this was the opening of a new channel called NaMo TV which continuously telecast speeches and events about the Prime Minister Narendra Modi…. Even though the ECI ordered the channel to be closed, NaMo TV continued to telecast almost until the end of the elections.

In terms of transparency of electoral funding, this election was the most opaque ever, both because of the widespread use of electoral bonds, and also because of the enormous amounts of cash, gold and drugs, amounting to Rs 3,456 crore, which were seized during the polls.
While the ECI acted strongly in the matter of the seizure of cash in Tamil Nadu, cancelling the polling in one parliamentary constituency, it has not acted as strongly in other cases. Although Rs 1.8 crore was recovered from the Arunachal CM’s convoy, there is no information of what action was taken by the ECI on this clear violation of rule and norm. Where, one might ask, was the level playing field..
The letter refers to media reports and accepts “that not every media report is accurate or true” but points out that “the ECI’s non-rebuttal of an untrue or inaccurate story leaves the public to draw its own conclusion: that the ECI has no valid explanation to offer”.
The letter, which came a day ahead of an Opposition-initiated short-duration discussion in the Rajya Sabha on electoral reforms, concludes: “Viewed in totality, there is no doubt that the mandate of 2019 has been thrown into serious doubt.
The concerns raised are too central to the well-being of our democracy for the ECI (Election Commission of India) to leave unexplained.
“In the interests of ensuring that this never happens again, the ECI needs to pro-actively issue public clarifications in respect of each of these reported irregularities, and put in place steps to prevent such incidents from occurring in future. This is essential to restore the people’s faith in our electoral process.”

At one point, the letter quotes an article by an academic to say “it is not our job as citizens to offer proof of wrong-doing of the highest institutions of the land, when these institutions function in so opaque a manner. It is our job to raise questions about visible anomalies. It is the responsibility of the Election Commission to explain the anomalies”. 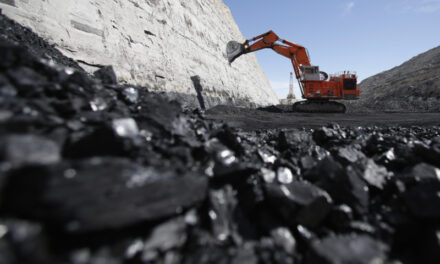 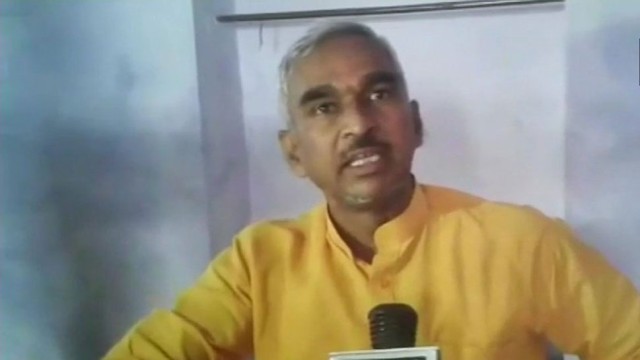 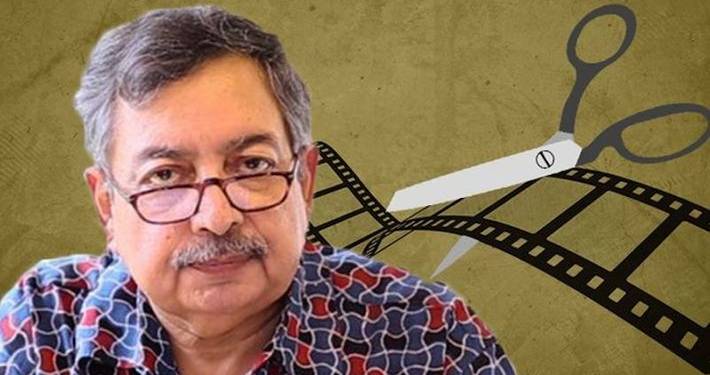 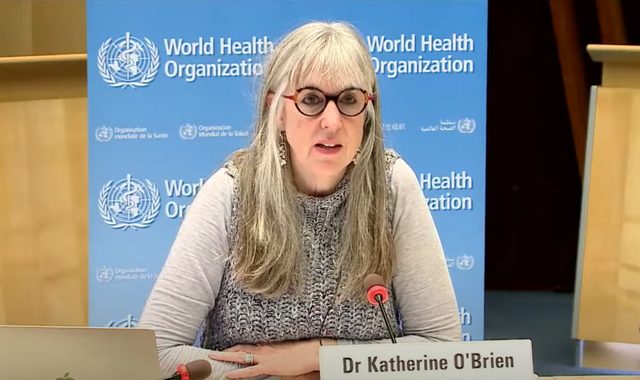